Before the current pASC-type calorimeters were constructed, an older generation of ASCs existed. These were heavy and complex instruments, difficult to operate and maintain, and yet, they provided unprecedented scientific results.

An example of such instrument is presented on the right. The complexity stems from the efforts to make the instrument truly adiabatic, by extensive wiring and construction and a complicated sample mounting.

To obtain a very controlled environment, several different temperature-controlled shields were implemented, and operation in vacuum was a requirement. 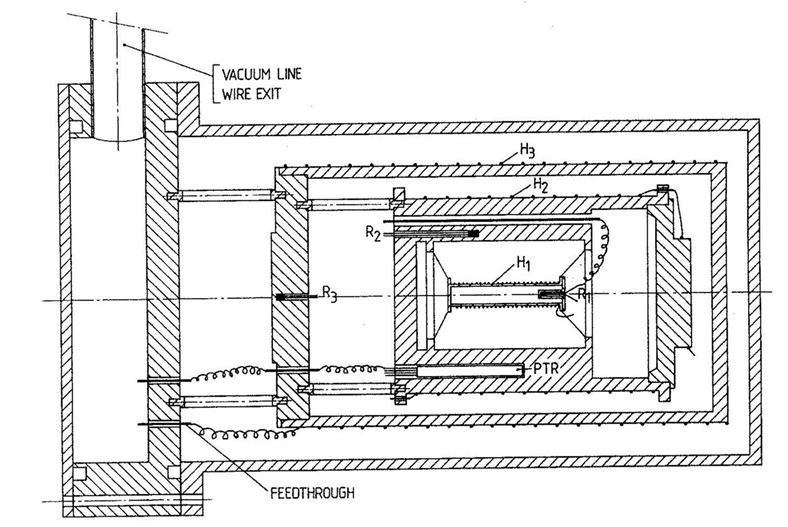 From these data, the heat capacity and enthalpy can be calculated through

The background values have been obtained from a factory-performed calibration experiment.

The calorimeter as depicted here is about 20 cm high. It is placed inside a temperature chamber with a range between -60 °C and 150 °C. 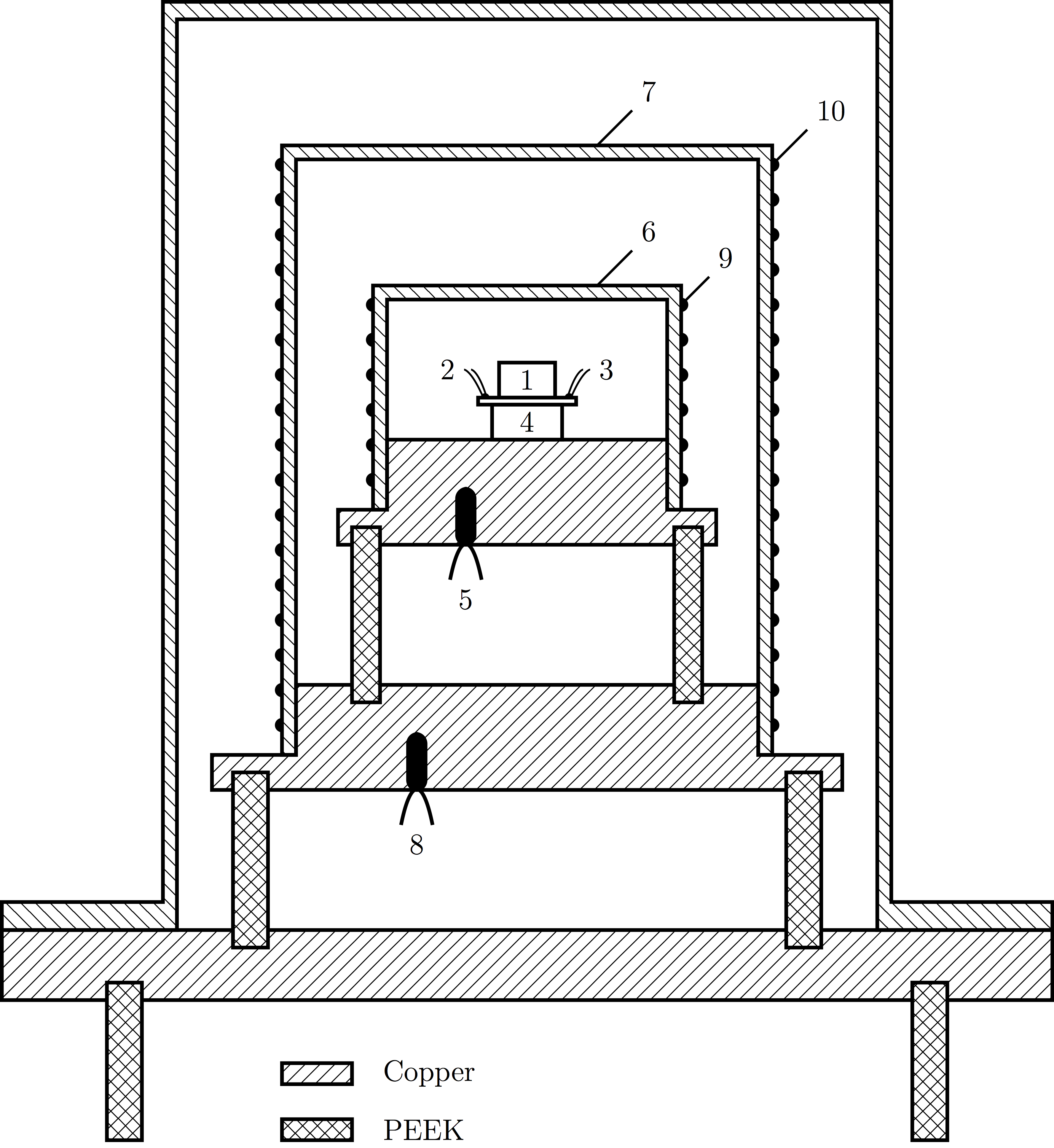 Because a heater is present on the sample holder, a mode of operation similar to the working principle of power-compensated DSCs is also possible. The adiabatic shield is heated or cooled at a constant rate, and the power that is needed to make the sample follow the shield is provided by the sample heater. Any residual heat leak that is not compensated by the sample heater is tracked by the Peltier element and can be used as a correction term. With the power and rate known, the heat capacity can be calculated.

In heat-step mode, an ASC acts the same way as classical heat-step calorimeter, also know as a Nernst calorimeter or an adiabatic calorimeter. First, the calorimeter is allowed to stabilise at a given temperature. Then, a short heat pulse is provided to the sample holder, which consequently heats up. After some time, a new equilibrium temperature is reached. From the height of the heat step and amount of heat involved, the heat capacity can be calculated. After sufficient stabilisation at the new temperature, a new heat step can be made.